A Line in the Sand


Sunday afternoon My Sweet and I went for a drive, not for any reason except to get out of the house. We made to-go cups of tea, got in the truck and took a left turn at the end of our driveway. Left takes us toward the east, away from the busy highway. We drove the backroads, watching the deer grazing in snowy fields and talking about how the landscape has changed with the increase in oilfield activity.

Suddenly we were at a No Trespassing sign and a cattle guard across the road. It was getting late enough to notice the sky was beginning to change colour with the first flush of sunset. We turned around and took the same route home to avoid the busy highway.

Because we were driving the opposite direction, I was looking to the west and I saw a sign bolted to a post I had missed the first time past. Say what?! What mine? My Sweet said it was probably just a gravel pit and that anytime you make a hole in the ground to remove something it falls into the category of a mine. Not long ago, I was on Facebook.

It was actually kind of fascinating to follow the comments back and forth. You know what happens? The inevitable. The water washes up and pulls at the edges of your line. For example, the author spends pages and pages on the dispute between the British and the French about the proposed route of the oil pipeline from Mosul to the sea. Britain wants it in Haifa. France wants it in Tripoli.

And on and on and on. In the end, guess what??? They split the pip Four stars overall.

They split the pipe and it goes to both ports. I just told you in a few sentences what it takes the book a very long slog of a chapter to convey. A long slog, despite the fact that I am very familiar with the geography of the region treated in this book, and I've read books about several of the main characters or peripheral aspects of this period of history. This book was not difficult to read because it was unfamiliar or a lot of new information. It was difficult to read because dude sometimes didn't know how to advance the story.

Other times, however, the storytelling was stellar. In the end, the book does a really good job explaining how the modern Middle East came to look like it does. It's just atrocious how it all went down. A quote from Sir John Shaw, the former chief secretary of Palestine, in the final chapter of the book: "It's not your business or my business, or British business, or [for] anybody else to interfere in other people's countries and tell them how to run it, even to run it well.

This is a brilliant book! If you want to know why the Middle East and some parts of North Africa are in a state, read this. Mr Barr takes an almost blow by blow account of the events which lead to the Sykes-Picot line in Syria, the line of the title , the fight for Arab home rule and the establishment of the State of Israel.

These colonists were trying to get gains for themselves, stringing the Arabs along at times. The acts of terrorism that took place before and in the run up to were appalling and it easy to forget that such things took place as a means to help bring about the State of Israel, and that large numbers of Palestinians were forced to leave there homes to create a Jewish homeland.

A Line in the Sand

Our author knows his stuff, using archives, letters and documents he pieces together a breathtaking and sometimes shocking account of events. A powerful work. Jan 06, Mark rated it really liked it. Well written, well researched and a pretty damning indictment about the imperialist powers of Britain and France vying with each other for their slice of the Middle-East during and after the First World War. It would have been interesting to get a further perspective on this sorry episode from the another view point such as from the peoples who lived there but that aside I found the book very well written and informative.

Jan 29, Salma Nagy rated it really liked it. The book is full of details and very informative, the main thought I'm left with is: the audacity of colonial powers! The audacity!! A very well-written narrative that describes one of the most disputable periods; a period that affected the modern day that we live in, especially if you're a Middle East resident. Or did it?

Urban Dictionary: line in the sand

The author is concise in his statements, very well-prepared in his research, coherent in his conclusions, and effective in the delivery of the material. The char A very well-written narrative that describes one of the most disputable periods; a period that affected the modern day that we live in, especially if you're a Middle East resident.

The characters that he researched and documented were all effective, and the reader can understand better their views, their hopes and vision for the region, and their actions after reading their own memoirs, minutes of meetings, journals, and reports; all of which the author cites effectively in his narrative.

The book also draws a picture of an eternally locked-in-conflict France and Britain. Even during the height of WWII, where British soldiers were dying defending lines of defense in Continental Europe along with the Americans, the French were stabbing them in the back by supplying the Zionists with arms to kill British soldiers in the Levant. Imperialism knows no boundaries, it is a religion, a principle, that binds its holders eternally, one may conclude. One main conclusion arises: the people of the Levant shaped their own destiny.

The Imperial powers had their designs; their many lines in the sand, but they all played along the variables that changed constantly on the ground. 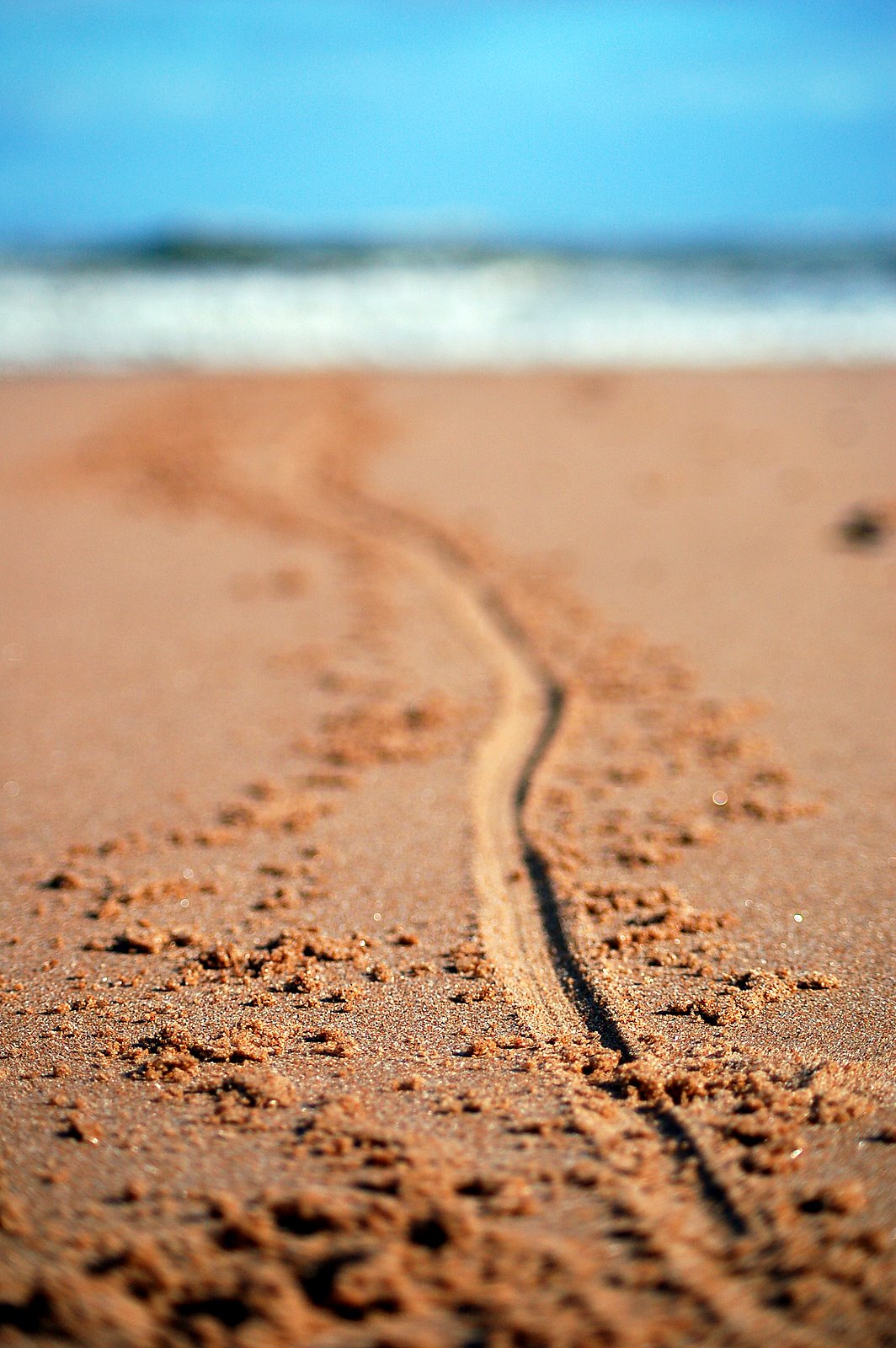 The variables also included the Jews, the Zionists with their well-organized gangs and parallel organizations, and of course the agents of Imperialism who believed in one vision or another e. Lawrence's greater Syria vision. This game was played with all the variables, the fragmentation of the original populations of the land under any category of the above, choose what suits you created a huge disadvantage against the war-hardened Zionists with their organizations, structure, shrewdness, and long-term objectives.

The Arabs clearly lost because they were selfish, short-sighted, prone to treachery, and unexposed to the world. And they very much deserved to lose. The scheming didn't help, but the Imperialists favored the victor whether they liked them or not, and the facts on the ground dictated that the Zionists won.

Oct 14, Phil rated it it was amazing. The best book I've read about the Middle East for some time, James Barr's extraordinary history traces many of that bedevilled region's contemporary tensions to the machinations of French and British politicians and diplomats during the last decades of their two countries' empires.

Seemingly both aware of the untenability of their old colonial habits, the U. In this they were both prepared to make unreasonable and empty promises to the inhabitants, and to change their minds as they saw fit - without necessarily telling those to whom they had made the promises, or each other! The most astonishing revelation, for me at least, was that throughout the Second World War, when Britain and de Gaulle's Free French were allies in Europe, in the Middle East they were at each other's throats, each continually plotting to deceive and destabilise the other in their ambitions.

When you’re trying to change but are getting nowhere

This broke out in open fighting at times, and led - and this is something I'd never come across in any other history of the region - to the French surreptitiously funding, arming and sheltering the armed Zionist groups who set up the State of Israel, after the British had persistently attempted to renege on the Balfour Declaration of which supported a homeland for the Jews in Palestine. Barr is a clear, thorough writer who is nevertheless thoroughly readable, and whose prose is shot through with ironic humour when describing some of the frankly eccentric - even slightly mad - characters which the great European powers apparently saw fit to entrust with their foreign policy.

Aug 26, Elliott Bignell rated it it was amazing. The phrase that springs to mind when reading this authoritative history is "beggar thy neighbour". From the effort to break up the Ottoman Empire to the mutual backstabbing between the World War Two "victors", the whole history is a uniformly shaming indictment of the Western allies, almost unique in producing virtually no heroic personalities at all.

The sole honourable exception appears to be T. Lawrence, whose affinity for Arab culture and interests appears to have been heartfelt. The cons The phrase that springs to mind when reading this authoritative history is "beggar thy neighbour". The consequences are playing themselves out to this day for viewing on our broadband connections: One of the first things reported about the new "Caliphate" erected by ISIS in Iraq in recent weeks was their achievement in tearing up the Sykes-Picot agreement, the focus of this story. Meanwhile the rockets are flying back and forth once more over Gaza, yet another relict of this story.

It is perhaps unwarranted to express a implicit preference for any party by focussing condemnation on any other among such a parcel of rogue states, but I must reserve particular opprobrium for France. Perhaps this is national bias coming out, but I cannot but bristle at the thought of a European country touting its "right to impose its culture" on Syria, or its latter-day-Frankish representative standing at the tomb of Saladin and trumpeting "we are back". No-one gets away untarnished, though - Zionist terrorists murdered Jewish settlers and Jewish Palestinian policemen in "black flag" operations purely to stir up hatred; Britain colluded in the settlement with one hand while trying to crush the nascent Israel with the other, reneging on a string of promises of Arab independence; the US manoeuvred to seize control of the region's oil.

All corrupt; all venal. Not even Churchill, with his efforts to use poison gas in Iraq, comes out well. The whole is engagingly written by a historian who has clearly studied the drip of declassified documents pertaining to this history which have emerged over the decades, and I found myself rivetted, if mostly disgusted. Dec 16, Michael O'Brien rated it really liked it. I really enjoyed this book since it does a great job describing how events today were shaped largely by the machinations and rivalries of the great imperial powers a century ago.